Choose a Program and Get started today! 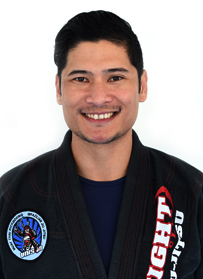 My martial arts journey began a little bit over a decade ago back in 2000.

Through out the years, I have not only found out that I was capable of much more than I had initially thought but have been able to surpass many goals that I had set for myself. I have met some inspiring martial artists, teachers , trainers and friends. I have also had the priviledge of watching my students grow by training martial arts into better athletes and human beings. The various martial arts I have trained in have been Bac fu do kung fu, Jeet kune do concepts, Muay Thai, Filipino stick fighting and Brazilian Jiu Jitsu. Finding like minded individuals throughout all the different styles and schools has kept me enthralled. The beauty of martial arts is it doesn't discriminate, it doesn't judge a person on their looks, background, race or social status.

Even though at the moment I am mainly focusing on the combat sports of Muay Thai kickboxing and Brazilian Jiu Jitsu, I have some very fond memories of all the traditional and modern styles/ systems I have trained in beforehand. I have a great respect for all martial artists, whether your background is traditional, reality based or sport. That is why we always have an open door policy to all styles, clubs and schools.

My goal is to bring the friendly atmosphere and welcoming culture of martial arts that I have experienced along the way back to Rockhampton. Whether your goals are fitness, self defence, sport or self awareness, I want each student to have a real confidence in their ablilities. By working with some of the best in the industry I am sure you will get the highest quality of instruction and guidance on your martial arts and fitness journey. 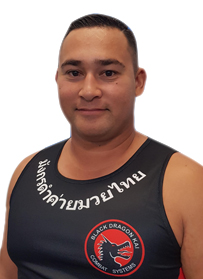 Ash is an integral part of the Muay Thai Competition Team.

He is responsible for all major pad holding sessions for each fighter. With an extensive background within the unison team he works tirelessy behind the scenes to ensure that each fighter comes into the Ring, fit, strong and prepared for battle.

Often sacrificing alot of his own personal time for the development of others, he can often be found in the gym after hours.

Starting his muay thai journey from the grass roots days of unison, he has seen the club evolve from open shed training out in the elements to where it is today.

Working closely with each fighter he knows exactly what it is needed for their own personal game and works each session around honing their strengths and building upon their weaknesses, bringing a unique take on attribute development.

If you are looking at entering the combat sports arena in the future and are prepared to put in the hard work and sacrifice, Ash will be the man who will be helping shape your career. 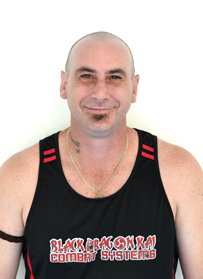 I am a 37 year old father of two children and have now been training for 7 years.

I was originally recommended to start training Muay Thai by a friend. Back then our classes were taken under an open carport on cement floors, but that never mattered. It was never about where we trained, just that we trained.

The style of Muay Thai I learn is not only the physical aspect but also the philosophy and history. It was always stressed the 'why' we trained the way we did and where it originated from.

Being constantly exposed to high level of training has helped boost my confidence. I have competed, helped train others and also help with training the children's muay thai classes. Muay Thai has transformed my life and also that of my children. 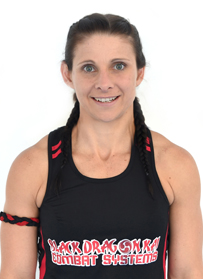 I first started training Muay Thai kickboxing about 5 years ago because I wanted to get fit.

But now it is so much more than that. Muay Thai is now a part of me. It is a way of life.

Learning and training Muay Thai kickboxing has made me a stronger person mentally and physically more than I can have ever imagined. It has given me Self Discipline, Self Respect, Empowerment to push through and succeed in areas in my life in and out of the dojo. Muay Thai kickboxing make me feel alive and like I can achieve anything I put mind to.

Teaching Muay Thai kickboxing, passing on my knowledge and experience onto others and watching other people grow, learn and accomplish their own life hurdles is one the most rewarding things I have ever done in my life. 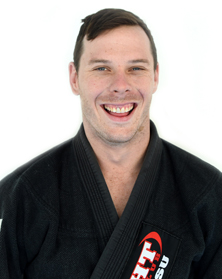 8 Reasons why Brazilian Jiu Jitsu is so great:

(5) Is great for all people from all ages and sizes

(6) Recommend it to anyone and everyone

(8) First class is the hardest, but it will change your life, OSS!! 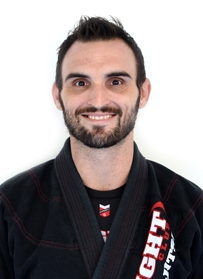 Unison feels like family. What Ferdie(Head Instructor) has created at Unison is a family focused and safe environment where me and my three daughters can train. We have been training at Unison for four years. With my oldest daughter Saffryn moving up from Little Dragons into the kids classes it wasn't long until the others followed suit.

I wouldn't hesitate recommending Unison Martial Arts to anyone who wants to learn Martial Arts in an enjoyable, controlled and friendly atmosphere. 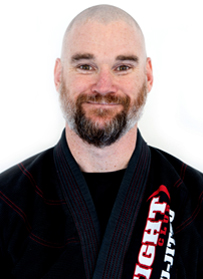 Why I train Kids in Martial Arts: I believe children should do Martial Arts because it is an inclusive sport that allows children of either gender, of any age and ability to go at their own pace. They learn to love fitness whilst learning self discipline and to strive to better themselves. This is why all three of my children do both Brazilian Jiu-Jitsu and Muay Thai at Unison Martial Arts. 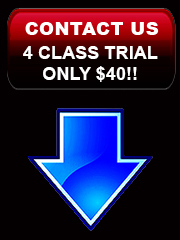